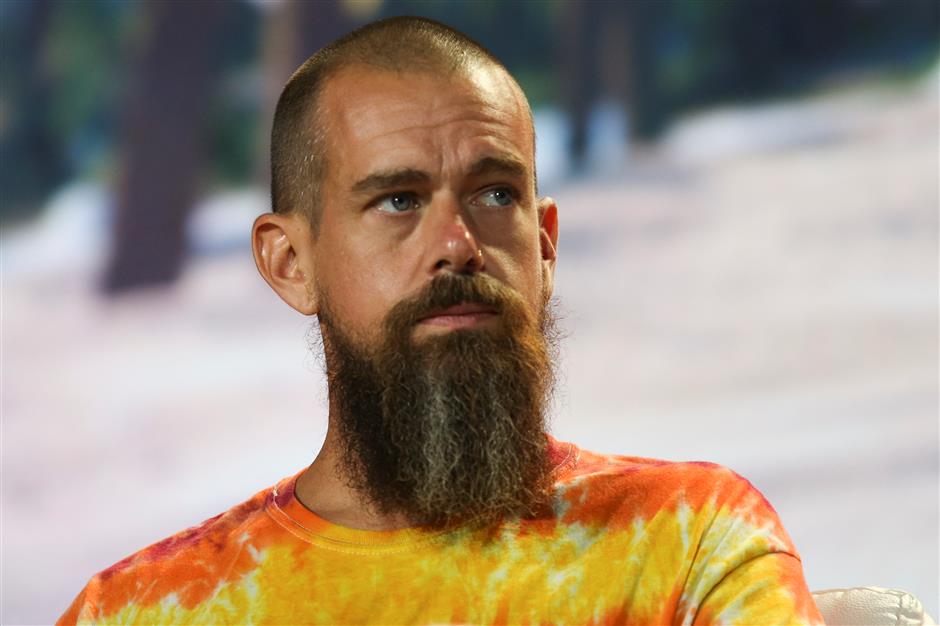 In this file photo taken on June 4, 2021, Jack Dorsey, CEO of Twitter and co-founder & CEO of Square, attends the cryptocurrency conference Bitcoin 2021 Convention at the Mana Convention Center in Miami, Florida.。

Twitter co-founder and CEO Jack Dorsey announced on Monday he was leaving the company, after steering the social network during the tumult of Donald Trump's presidency and surviving an activist investor's ouster bid in 2020.。

Dorsey, who is also chief executive of payments company Square, was confronted during his tenure by thorny freedom of speech questions, challenges to making the platform profitable and criticism he had spread himself too thin.。

With his recognizable look of a shaved head, long beard and unconventional style, Dorsey for years embodied Twitter.。

"I want you all to know that this was my decision and I own it. It was a tough one for me, of course," he wrote in an e-mail to Twitter staff announcing his resignation as CEO, which was effective immediately.。

The company said Twitter's Chief Technology Officer Parag Agrawal has replaced Dorsey in the top post, with Dorsey saying he would remain a member of the board until around May to help with the transition.。

"And after that... I'll leave the board," Dorsey wrote. "Why not stay or become chair? I believe it's really important to allow Parag the space he needs to lead."

Nasdaq briefly suspended trading of Twitter on Monday, citing "news pending," and after some volatility, the price was down over 2.5 percent for the day.。

Like many Silicon Valley celebrities, from Mark Zuckerberg and Steve Jobs to Bill Gates or Michael Dell, Dorsey dropped out of college, never graduating from either of the universities he attended, one in his native Missouri and the other in New York.。

Dorsey is credited with coming up with the idea for Twitter when eventual co-founder Evan Williams gave workers at blogging startup Odeo two weeks to work on new projects as a way to break up the daily routine.。

With Dorsey at the helm, Twitter reported its first profitable quarter for the last three months of 2017, and then two full years in the green, before slipping back into the red in 2020.。

Twitter in March 2020 made a deal with key investors to end an effort to oust the chief, creating a new committee on the board of directors to keep tabs on company leadership.。

Dorsey came under pressure in 2020 from Elliott Management amid concerns he had spread himself too thin by running both Twitter and Square.。

During Trump's presidency, which ended in January this year, Twitter was widely seen as the medium used to broadcast America's deepening political and cultural rifts.。

Dorsey took the controversial decision to permanently ban Trump from the platform, where the former president had amassed 88.7 million followers.。

Dorsey made the decision days after Trump whipped up a mob of supporters who stormed the US Capitol, where they tried to prevent Joe Biden being confirmed winner of the 2020 election.。

Twitter's incoming CEO Agrawal joined the company in 2011 and has served as chief technology officer since October 2017, where he was responsible for the network's technical strategy.。

Dorsey cited Agrawal's understanding of the company as key to his decision to step down.。

"There's a lot of talk about the importance of a company being 'founder led.' Ultimately, I believe that's severely limiting and a single point of failure," Dorsey wrote to Twitter staff.。

"We recently updated our strategy to hit ambitious goals, and I believe that strategy to be bold and right," he wrote in his own message to staff.。 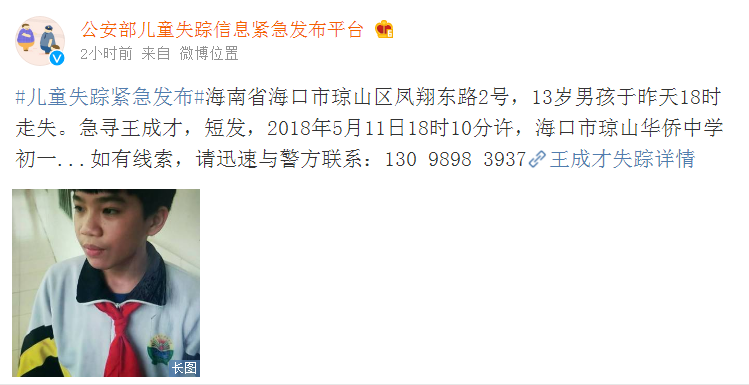 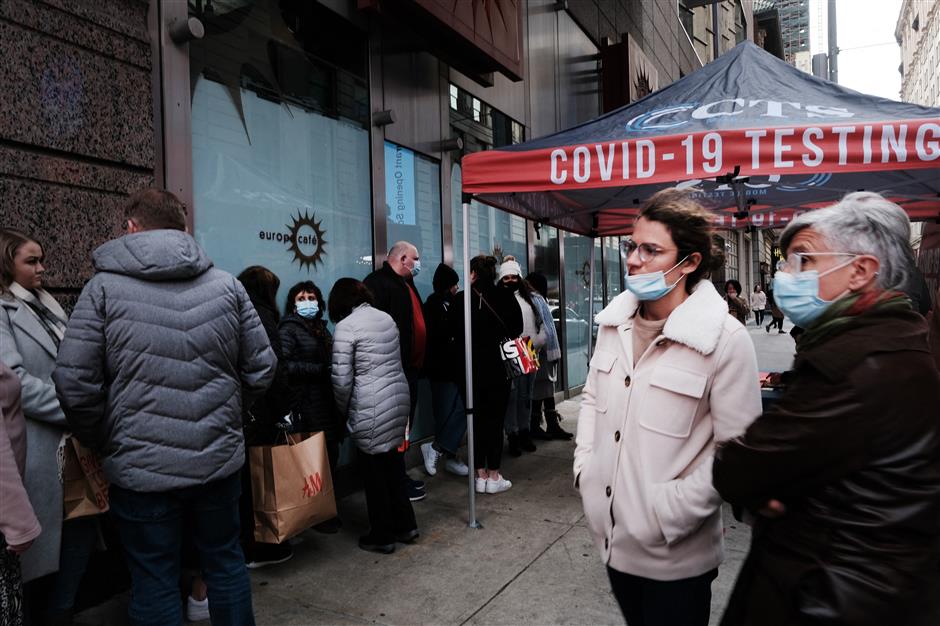 Groups of people line up to get tested for COVID-19 in Times Square on December 5 in New York City.。

The Omicron variant of thecoronavirus has spread to about one-third of US states, butthe Delta version remains the majority of COVID-19 infections ascases rise nationwide, US health officials said on Sunday.。

Though the emergence of the new variant has caused alarmworldwide, Dr Anthony Fauci, the top US infectious diseaseofficial, told CNN "thus far it does not look like there's agreat degree of severity to it." He added that it was too earlyto draw definitive conclusions and that more study is needed.。

Fauci, US President Joe Biden's chief medical adviser,said he also hoped the United States would lift its ban ontravelers from southern African countries in a "reasonableperiod of time."The South African government has complained it is beingpunished – instead of applauded – for discovering the newvariant and quickly informing international health officials.。

Fauci, in an interview on CNN's "State of the Union,"praised South Africa for its transparency and said the UStravel ban was imposed at a time "when we were really in thedark" and needed time to study the variant.。

Many of the cases were among fully vaccinated individualswith mild symptoms, although the booster shot status of somepatients was not reported.。

"We are everyday hearing about more and more probable casesso that number is likely to rise," she said.。

The United States over the last seven days has averaged119,000 new cases a day and lost nearly 1,300 lives to COVID-19 each day, according to a Reuters tally.。

Louisiana currently has one Omicron case from an individualwho traveled within the United States, its health departmentsaid on Sunday.。

On Saturday, it said a Norwegian Cruise Line Holdings Ltdcruise ship set to dock in New Orleans with more than3,000 passengers found 10 cases of COVID-19 on board.。

Officials said passengers on the Norwegian Breakaway, whichstopped in Belize, Honduras and Mexico, would be tested andgiven the CDC's post-exposure and quarantineguidelines.。

The emergence of the new variant has sharply curtailed thenumber of energy executives and government ministers planning toattend the four-day World Petroleum Congress in Houston thisweek, which had already been rescheduled from 2020.。

As US Omicron cases emerge, COVID-19 vaccine makers aim toquickly tweak their shots to target the variant and USregulators have vowed speedy reviews, but that could still takemonths.。

Moderna Inc has targeted US approval of anupdated vaccine as soon as March, but company officials onSunday said it will still take time to increase output.。

Moderna Co-founder and Chairman Noubar Afeyan told CNN itwould take another seven to 10 days to gather key data. Then, it"will take a good 60 to 100 days" to deploy an Omicron-specificshot, although other options like a higher dose of the currentbooster are being explored, he said.。 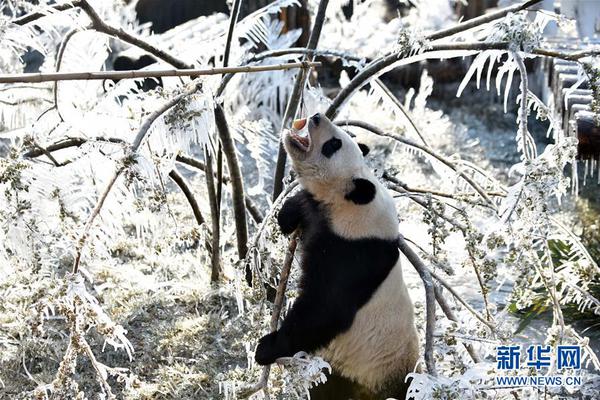